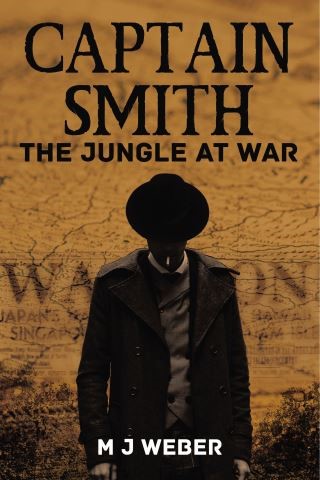 The Jungle at War

A story of a man’s identity being found not by what was but is to come, as past fears are replaced by courage to act against what was once hidden. He begins to make a dramatic transformation, due to his new-found faith in God. But can a man’s life truly be transformed for the better? And does one’s past simply become erased? Can a man truly live again? These answers can only be found in the book written by the author of salvation.

As for the contents of the novel, a fictional series of events set prior the second world war, where a man whose past, not yet fully explained, is shaken into a duty of finding answers. Concerning lost treasures and a plan for expedition, only to find a treasure, he had been avoiding, yet to become the hope that strengthens him and sharpens understanding. As he and new-found allies are given the courage to fight back against Nazi suppression, despite all odds. As the race is on, to come to other’s aid and attempt to find treasures long hidden, taking a stand in faith. Find the war waging within men’s hearts to be a far greater threat then the war itself. As new-found allies to express their concerns for the ever-growing threat and evil being carried out, by their and other’s oppressors. As confidence is not simply found in the world, nor courage to act, but by hope found in Christ. As soldiers and civilians’ morals standards are questioned by the soon coming storm.

Pioneering Wester New South Wales, some say hardship, I say character building, though whatever theses common reasons, they are not what bring motivation. Perhaps writing from a young age and a unique interest in what many call the character’s quest. No, these are not what motivates me, nor give purpose to empty words. But what motivates are words not my own, from no less the crater of all things, through him we find purpose, through him there is hope and fellowship found in Christ our Lord.