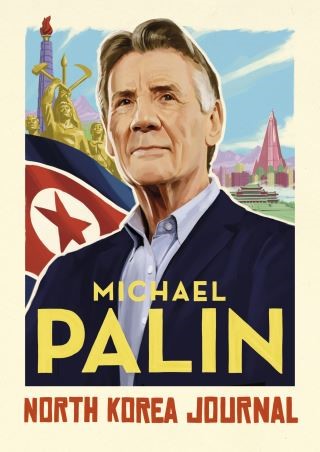 In this beautifully illustrated journal based on a TV documentary, writer, comedian and world traveller Michael Palin journeys to North Korea, offering a glimpse of life inside the world's most secretive country, uncovering surprises and making friends along the way.

In May 2018, former Monty Python stalwart and intrepid globetrotter Michael Palin ventured into the Democratic People's Republic of Korea, camera crew in tow, to gain a glimpse of life in the most notoriously secretive and cut-off nation on earth. His resulting two-part documentary for Channel 5 fascinated millions and won universal plaudits.

Now he shares the journal he meticulously kept during his trip, in which he describes his experiences in a country wholly unlike any other he has ever visited: a country where you will find the Tallest Unoccupied Building in the World; where the residents of Pyongyang awake every morning to the strains of 'Where Are You, Dear General?', broadcast from speakers across the city; and where there are fifteen approved styles of haircut. He chronicles a journey of stark contrasts that takes in a gleamingly modern capital complete with triumphal statues and arches one day, and a countryside that has barely changed in decades on another. He travels to the heavily fortified Demilitarized Zone, to a centuries-old Confucian academy, and to the heart of North Korea's exquisitely beautiful mountains and lakes. He recounts conversations with official guides, teachers, propaganda artists, farmers and soldiers in which mutual incomprehension and shared humanity are constantly intermingled. And he muses on what makes people tick under a regime that to outsiders seems so utterly alien and so grimly authoritarian.

Written with Palin's trademark warmth and wit, and illustrated with beautiful colour photographs throughout, Palin's journal offers a rare insight into the North Korea behind the headlines.

Michael Palin: MICHAEL PALIN has written and starred in numerous TV programmes and films, from Monty Python and Ripping Yarns to A Fish Called Wanda and The Death of Stalin. He has also made several much-acclaimed travel documentaries, his journeys taking him to the North and South Poles, the Sahara Desert, the Himalayas, Eastern Europe and Brazil. His books include accounts of his journeys, novels (Hemingway's Chair and The Truth), several volumes of diaries and Erebus: One Ship, Two Epic Voyages, and the Greatest Naval Mystery of All Time. From 2009 to 2012 he was president of the Royal Geographical Society. In 2018 he was the inaugural recipient of the Royal Canadian Geographical Society's Louie Kamookak Medal. He received a BAFTA fellowship in 2013, and a knighthood in the 2019 New Year Honours list. He lives in London.