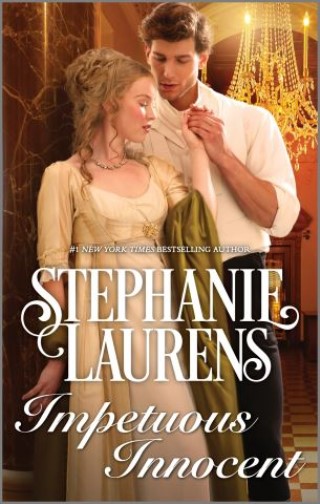 Be swept away by the drama and desire of this classic regency romance from #1 New York Times bestselling author Stephanie Laurens.

After the death of her dear father, Georgiana Hartley returns home to England—only to be confronted by the boorish advances of her wretched cousin. Knowing no one, she flees to Dominic Ridgely’s estate, hoping the nobleman will bestow a neighborly kindness upon her.

The haughty viscount hears Georgiana’s plea to find her a position as a lady’s companion with thinly veiled disgust. A lovely innocent such as Miss Hartley subjected to that base existence? The very idea was preposterous. Instead, he takes matters into his own hands and introduces her to his sister’s influence.

Suddenly, Georgiana is transformed into a lady who charms the ton with ease and draws a bevy of suitors at every turn. Everything is unfolding according to Dominic’s plan…until he realizes that he desires Georgiana for his own.

Stephanie Laurens: New York Times bestselling author Stephanie Laurens originally began writing as an escape from the dry world of professional science. Her hobby quickly became a career; she has been writing historical romance novels for more than 20 years. Currently living outside Melbourne, Australia with her husband and two cats, she spends most of her days writing new stories in her signature 'Errol Flynn meets Jane Austen" style. Visit her online at www.stephanielaurens.com.